Business executives at massive fast food franchises like Burger King and Taco Bell say they are being forced to limit their open business hours due to being short staffed.

It is no secret that the restaurant industry has been experiencing a labor shortage and high turnover rates.

Recently, the CEO of Domino’s Pizza commented on some of the country’s macroeconomic trends including the high unemployment rate and noted he believes the ‘staggering number’ can be largely attributed to the fast food industry.

Additionally, the restaurant industry continues to see a considerable amount of new jobs added each month.

Restaurants and bars simply can not hire quickly enough, or find workers to fill the open roles at all. In July, CNBC estimated the industry was still down roughly 750,000 workers compared to pre-pandemic.

Are you one of the franchises like Wendy’s, McDonald’s, and others who are experiencing short staff? Is it impacting your ability to fulfill demand and generate revenue?

An EB3 is an employment based green card that allows foreign nationals to live and work permanently in the United States.

Several fast food franchises have already started to fill their staffing shortages by turning to EB-3 visa workers and so can you!

Why is there a shortage of fast food workers?

The fast food industry is one of the most labor-intensive industries in the United States. Franchises are constantly opening new locations and expanding their hours of operation, which creates a high demand for workers. However, there are several factors that have contributed to the current staffing shortage.

One factor is the pandemic. Many fast food workers have lost their jobs or been forced to work reduced hours due to the pandemic. This has made it difficult for fast food franchises to find workers to fill the open roles.

Another factor is the high turnover rate in the industry. Fast food jobs are often low-paying and offer few benefits, which makes them unattractive to many workers.

As a result, fast food franchises have a high turnover rate and are constantly in need of new workers.

However, since the short staffing trends began, many businesses have started improving wages and benefits in order to make the positions more desirable to candidates.

A third factor is the increase in competition for workers.

The labor shortage has not only affected fast food franchises, but businesses across the United States.

Job seekers have an abundance of open roles to apply for in other industries like construction and health care for example.

This has made it more difficult for fast food franchises to find workers as they are competing with other businesses for a limited pool of workers.

There is also an immigration shortage.

Beginning with the Trump administration and exacerbated by covid-restrictions, there has been an abundance of restrictions imposed on US immigration in the form of Visa caps and other regulations.

Even if every eligible US citizen earned a job, there would still not be enough workers to fulfill each open position do to the immigration shortage.

Several savvy business leaders have already identified this obstacle and have begun to start hiring immigrants to fill their more labor intensive positions.

This is not a trend to be viewed as a blip on the radar but rather something that will be around for decades to come.

Recently a fast food burger CEO stated that he believes the labor shortage is permanent and his company has already been moving forward with new hiring strategies.

If you are a fast food franchise that is understaffed facing similar challenges, it is time to consider EB3 visa workers.

What are the benefits of hiring EB-3 visa workers?

There are several benefits of hiring EB-03 visa workers to fill staffing shortages.

The first benefit is that EB-03 visa holders are authorized to work in the United States for an unlimited period of time. This means that fast food franchises will not have to worry about losing workers to other businesses or having to train new workers constantly.

The third benefit is that EB-03 visa holders often stay with their employers much longer than domestic workers due to factors with their visa that require them to hold a job to stay in the US.

What is the Process to Hire EB-3 Visa Workers?

The EB3 visa hiring process is nuanced and can be long, however it essentially boils down to three major components. In total the process generally takes between 12-18 months and costs the employer roughly $1,000 in fees.

The first step is to file a PERM (Program Electronic Review Management) labor certification with the Department of Labor. It essentially is a test to see if there are any qualified US workers for the open positions. If it is determined there are none, then the filing can proceed.

The second step is to file an I-140 petition with United States Citizenship and Immigration Services (USCIS). The I-140 petition is used to establish that the foreign worker is eligible for the position they are being hired for.

The third and final step is to either file an adjustment of status application with USCIS or consular processing with the US Department of State. The difference between these two is that adjustment of status can be done if the foreign worker is already in the United States while consular processing requires the foreign worker to be outside of the United States.

Both of these steps can take several months to complete, so fast-food franchises should start this process as soon as possible if they are interested in hiring EB-03 visa workers.

If you are a fast food franchise owner that is struggling to find qualified workers, EB-3 visa holders may be the answer to your staffing problems.

With an unlimited period of time authorized to work in the United States and the ability to fill any position within a fast food franchise, EB-3 visa holders can provide fast food franchises with the staffing stability they need. Reach out to get started and learn more! 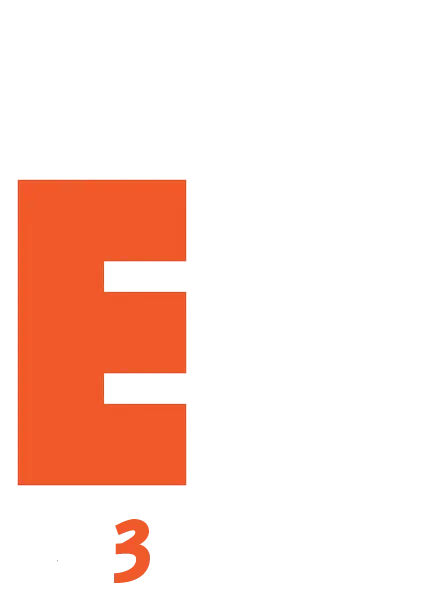